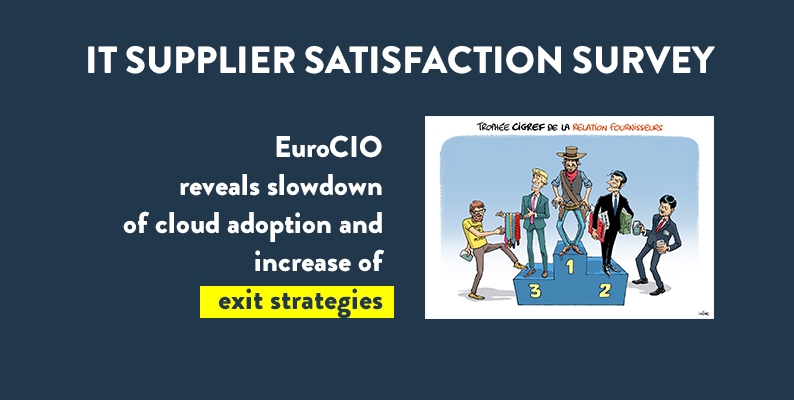 EuroCIO, European association Cigref belongs to, released on November 30 a communication about the state of the relationship between user-side companies and digital service providers. The trends that are emerging: the decline in cloud adoption and the increase in exit strategies.

This communication is based on the results of the 2nd edition of the supplier satisfaction survey conducted among European CIOs (including 20% of Cigref member respondents). These results are illustrated by the lessons learned from the working groups led by national associations such as Cigref, with their members. Not surprisingly, Microsoft, Oracle and SAP are among the bad students, joined by Google whose European CIOs denounce data protection management.

Contributor and signatory to the press release, Cigref had already publicly alerted its ecosystem and the press to the abusive business practices of major digital service providers, and the associated economic risks, at a dedicated press conference at the end of June 2018.