[Cigref report] Blockchain: from theory to practice in large companies 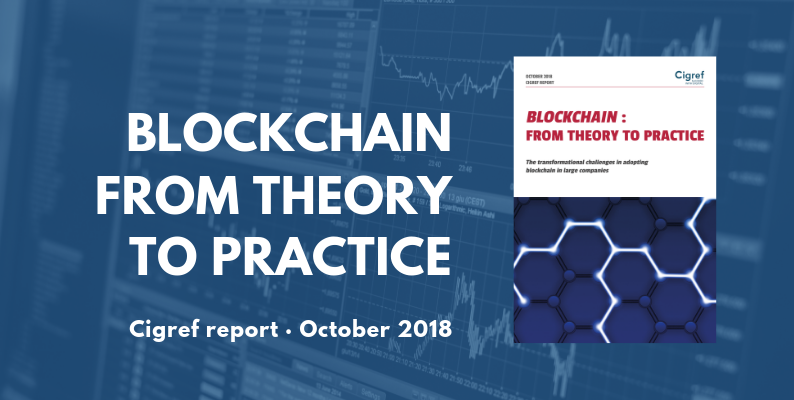 Blockchain is an extremely innovative information exchange protocol that cleverly combines known and well-understood technologies whose use can be disruptive in many sectors given the significance of its industrial potential by removing the disintermediation who today act as trusted third parties as well as by providing security and fast service while reducing costs.

While it may be considered a threat by some people since it removes middlemen or makes certain business models obsolete, or is seen as an opportunity by others to simplify exchanges, many agree that blockchain should bring about significant changes in inter-company relations, potentially revolutionising their business models.

Although we present different types of blockchains, this document is intended to help managers and decision-makers understand this protocol’s impacts and the challenges for business in culture, legal, management and technology.

It reinterprets the notion of « trusted third party » in light of the paradigm shift that blockchain involves: going from x2y2x (B2B2B, C2B2C, etc.) to x2x, or, in other words, how to go from a traditional hub-and-spoke exchange model to a collaborative network model where trust is no longer centralised in a (trusted) third party but distributed among all participants in a blockchain.

Finally, to put the theory into practice, we suggest decision-makers four possible ways to take action as soon as possible: