[Cigref report] Understanding quantum computing to prepare for the unexpected 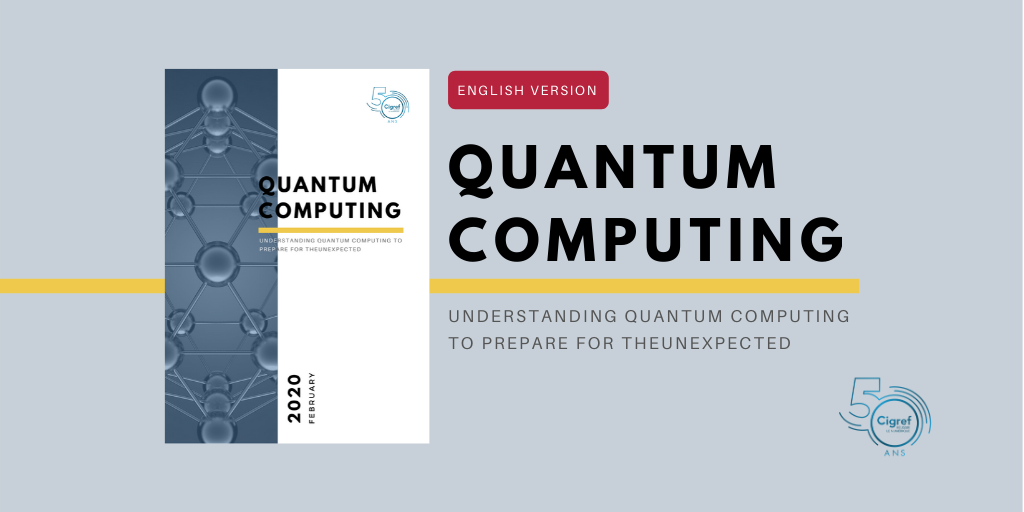 Just a few years ago, quantum computing was a utopian dream. Today, however, it is beginning to take root in people’s minds. It promises to replace the law of Gordon Moore, a cofounder of Intel who predicted that computing capacity would double every year…up to the physical limit of the atom.

Atoms are the starting point of quantum computing, which uses nanometric (10-9) resources to solve problems that current computers cannot tackle.

The fields of application for quantum computing range from encryption, metrology, optimisation, simulation, data analysis and artificial intelligence, using a future ‘universal quantum computer’. Led by several key players like Google, IBM, Microsoft and Atos, the emerging quantum computing ecosystem also includes many start-ups (primarily in North America but in France as well) and is growing.

While companies are currently undergoing profound transformations to prepare for and adapt to unexpected technological developments, they cannot ignore the quantum revolution that will undoubtedly shake up IT: first sequential, then parallel, computing will become ‘co-occurrent’[1] and impact programming, algorithms, applications and computer security, resulting in new use cases.

Companies must prepare for this major technological breakthrough, the first tangible effects of which are expected within 5 to 10 years.[2]

This breakthrough will translate into new ways of thinking, new ways of working and new tools and skills that remain unknown at present. The use cases waiting to be invented will certainly change companies’ business models and organisations which must be transformed, once again, to adapt.

[1] If a co-occurrence is the simultaneous appearance of two or more elements or classes of elements linked together, generally in a speech. It is then possible to imagine a stack of two or more instructions or classes of functions linked together, derived from a quantum programming language and whose simultaneous execution would result in a ‘quantum’ program.

[2] This is a short span of time in terms of perception: remember that Gmail, the first cloud-based email system, was launched in 2005, 15 years ago.