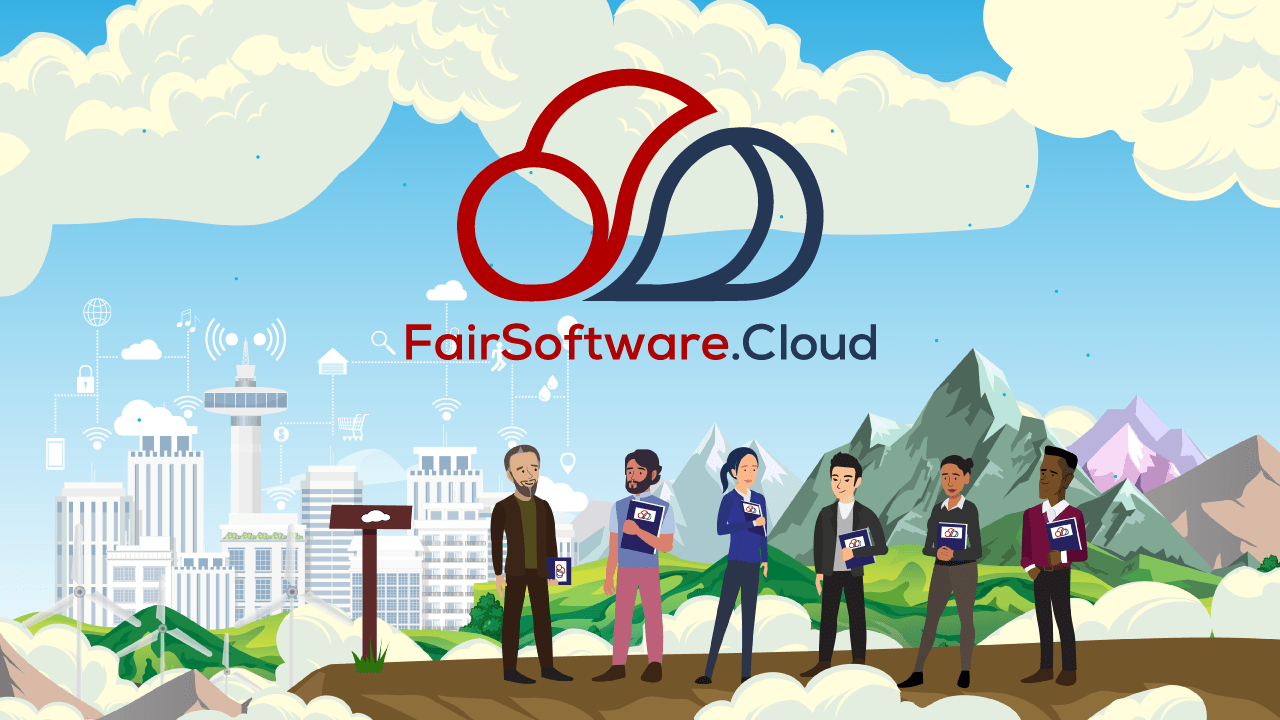 IT business user and provider associations jointly call for consideration of The Principles as Gatekeeper obligations under DMA (Digital Markets Act).

On Tuesday 13 April 2021, under the high patronage of Cédric O, French Secretary of State for Digital Transition and Electronic Communications, Cigref, an association of major French companies and public administrations representing the users of digital technology, launches Ten Principles of Fair Software Licensing for Cloud Customers amidst mounting pressure from European businesses to tackle the unfair practices of certain software companies. The Principles, developed with the support of CISPE, the voice of Cloud Infrastructure Service Providers in Europe, address practices which both associations see harming the digital transformation of organisations of all sizes as they move to the cloud.

Software plays a critical role in almost every business. Software licenses determine exactly how and where software can be used, and the prices businesses pay. Alarmingly, over the past decades some software providers have leveraged their significant market position to use licenses to restrict choice and impose unjustified technical, contractual or financial constraints on business software users.

Both Cigref and CISPE believe the proposed Digital Markets Act (DMA) presents an opportunity to include some software publishers in the definition of gatekeeper and to create obligations that curb unfair licensing practices. Today these unfair license terms are being used to restrict customer choice, reduce new customer benefits, and limit opportunities for small and larger businesses to grow and innovate. European businesses who suffer from these anticompetitive practices are also likely to pass on increased costs to consumers. Adding fair software licensing to the obligations of gatekeepers could quickly create a more open and competitive digital market in Europe.

“Cigref members describe how unfair software licensing terms have a chilling effect on their opportunities, growth and agility”

“As businesses capitalise on the advantages of the cloud it is vital that the bad practices of some legacy or more recent software companies are not allowed to constrain their choice of cloud. The adoption of these principles is vital for all businesses to derive maximum benefit from the digital revolution and to ensure the success of Europe’s digital economy.”

“Due to the dependency of our economy on software gatekeepers in the cloud market, Europeans must restore control by defining the rules that apply and by ensuring these rules they are fair, equitable and non-discriminatory”

said Mireille Clapot, Member of the French Parliament and President of the French Higher Commission for Digital and Postal Services.

“The digital transformation of European businesses through the adoption of cloud technology is a defining goal of Europe’s Digital Decade. It is great to see users and providers coming together to identify issues that may hinder this revolution and find ways to address them together. It is crucial that the right conditions are set to ensure the European recovery benefits from the adoption of cloud technology.”

As an increasing number of businesses, from start-ups to large institutions, move to the cloud it is essential that access to software, digital services and infrastructures is unrestricted and competitive. The cloud is the foundation for tomorrow’s industrial innovations, from quantum computing to 6G, AI to virtual reality. But many are finding that unfair license terms are damaging their ability to freely choose the right cloud solution for their needs. The prominence of some players in key software markets makes it virtually impossible to negotiate fair licenses and many organizations report that they are afraid to take on companies with so much market power. SMEs are especially blighted.

“European companies and administrations are at an inflection-point for cloud adoption and the digital strategies that will deliver a more sustainable, and prosperous economy for all. It is imperative that users are not locked by commercial or technical practices of providers that would be detrimental to the ability to evolve systems, use data, innovate and would ultimately harm the competitiveness of our businesses. Policy makers and stakeholders face a unique opportunity to set the digital economy in Europe on the right course”

added Bernard Duverneuil, CDIO of ELIOR and Chairman of Cigref.

“We have an historic opportunity to ensure that the proposed Digital Market Act addresses the unfair practices of certain legacy software providers and that it promotes a fair and competitive cloud market for all. The Principles are an important building block for software licensing rules that work for customers and consumers in the digital economy.”

The Ten Principles of Fair Software Licensing for Cloud Customers establish a set of voluntary obligations that support Europe’s digital transformation and promote a fair and competitive market for cloud-based services in Europe.

The full list of Principles can be found here: www.fairsoftware.cloud.

All parties, business users, software developers, vendors and service providers wherever they operate, are encouraged to adopt and apply The Principles as the foundation of fair licensing suitable for the cloud. The European Commission and Member States are invited to consider The Principles to develop obligations for gatekeepers under the terms of the proposed DMA or other regulations.

About Cigref
Cigref is an independent association with no commercial activity, created in 1970, which accompanies its 150 members, large French companies and public administrations using digital solutions and services, in all their reflections on their collective digital issues. Our association works for the benefit of its members to promote a sustainable, responsible and trusting digital. Learn more: www.cigref.fr

About CISPE
CISPE is an association of cloud infrastructure service providers in Europe. CISPE has 34 members with global headquarters in 14 EU Member States. CISPE has developed the first GDPR code of conduct which encourages the storage and processing of personal data exclusively in Europe. Since 2017, with EuroCIO and then with CIGREF, CISPE has co-chaired the working group developing industry Codes of Conducts which facilitate and enable data portability. This was established by the European Commission within the framework of EU Regulations on the Free Flow of non-personal Data. In addition, CISPE is among the 22 founding members of the Gaia-X initiative and the convener of the Climate Neutral Data Centre Pact.

Cigref has published a report on the work of its "Zero Trust" working group, led by Thierry Borgel, CIO of the ICADE group. Zero Trust is a development of IT security principles and a philosophy that organisations will need to adopt to strengthen the security of their...