Five analytical perspectives are proposed to form the core building blocks of the programme. These five themes are in line with choices made under CIGREF 2010. They also reflect the theme developed by ongoing researches at European Level. It is by considering these five perspectives, interactively and systemically, that we can grasp the reality of the driving forces of future companies and there is.

In light of these objectives, five analytical perspectives are proposed to form the core building blocks of the programme. These five themes are in line with choices made under CIGREF 2010. They also reflect the themes developed by similar programmes (MIT Programme on the enterprise of the XXI Century). They are also in line with ongoing researches at European level (the Information Society and Media programme) as well as with researches by OECD (information technology) and other international institutions (knowledge economy of the World Bank Institute). They also consider strategic plans formalised or being deployed in some countries (U-Japan, Ubiquitous Networks, for example).

– The future of enterprises – and the design of their future IS – will indeed be determined by the interaction between developments in society and ethical, strategic, technological, regulatory and organisational trends. It is by considering these five perspectives, interactively and systemically, that we can grasp the reality of the driving forces of future companies and their IS.

– Ethical and societal trends, because it is by the analysis of these trends within societies and their evolution – including in terms of innovation and IT relationship – that future norms of conduct will be brought to the fore.

– Regulatory developments, as new standards -including regulation – will appear to regulate the transitions that are taking place (we must therefore be prepare for and, of course, influence such tendencies).

– Organisational Trends, finally, because companies and societies will register a great transformation in organisational work, process developments and standards. In operational terms, several criteria should be considered as structuring of the whole programme, especially one of conceptual nature:

The programme is organised around a central concept- organisational design… By then, the programme emphasises how strong is design as a central concept for building challenging visions for reflection and action, especially in the long and medium term. In its articulation, the programme considers that everything is under design: companies and organisations, individuals and societies. But the design is proposed here as a tool of analysis, and not as a resulting concept, and therefore as a founding concept of the identity of the programme. 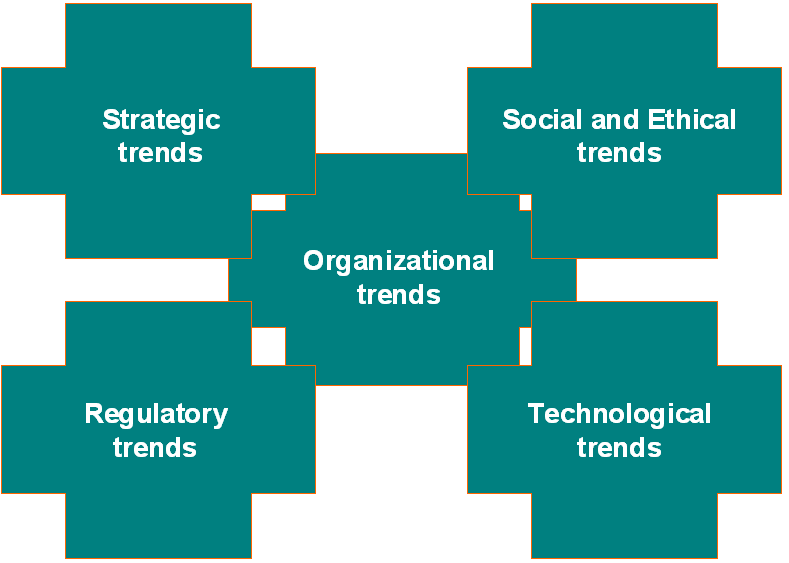 The programme assumes that large companies should not be regarded as the single central target. The programme is focused, not only on large companies but also on major technological, geopolitical, organizational and societal changes that may influence patterns of activities and on the key role of technology and information systems as mediators of activities carried on the long-term (1970-2020).